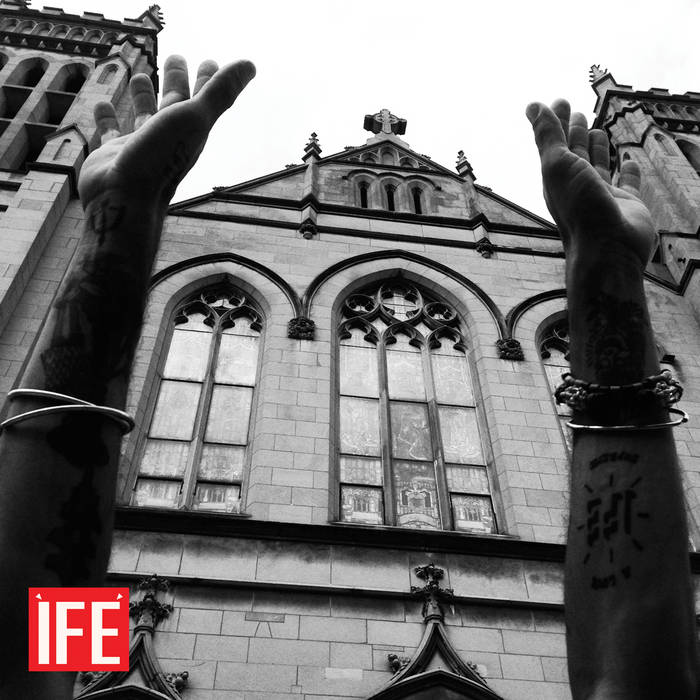 barandica This is the Antilles flowing through my veins! Favorite track: 5. HOUSE OF LOVE (Ogbe Yekun).

Moni A full length from ÌFÉ? Have been eagerly awaiting this! Favorite track: 5. HOUSE OF LOVE (Ogbe Yekun).

\|/+ This album is one of my 2017 favorites!
Vinyl release would be welcomed openly!

Headed by San Juan based African American Otura Mun, himself a Babalawo or high priest in the Yoruban religion, ÌFÉ has captured the imagination and ears of the international community since releasing its first two singles, 3 Mujeres (Iború Iboya Ibosheshé) and House of Love (Ogbe Yekun).

From its opening track to its closing prayer the album conveys a deep sense of spiritual intent, a sureness in its voice and purpose that is both brave and bold while maintaining the vulnerability and unsureness that the most intimate and honest of conversations always require.

It’s been clear from the beginning that ÌFÉ is in a space uniquely its own.From the way in which the music is conceived, a live electronic performance, no programming, to its component parts, Cuban Rumba, Sacred Yoruba praise songs, Jamaican Dancehall, and American R&B, to the way it moves seamlessly from English to Spanish to Yoruba, the music is willfully out of genre, yet focused and clear in a way that makes its newness seem rare, compelling.

Founded by New Orleans based African American producer and percussionist Otura Mun, ÌFÉ is a futuristic live electronic music project blending elements of Afro-Cuban folklore and Yoruban religious music with the sounds of modern day Jamaican Dancehall, Trap and AfroBeat. The single most important electronic act in Afro-Caribbean music today, their 2nd album is slated for release in May of 2021. ... more

Bandcamp Daily  your guide to the world of Bandcamp

New sounds from Mavi, Ivy Sole & Moderator, plus AJ, the One joins the show, for her latest release